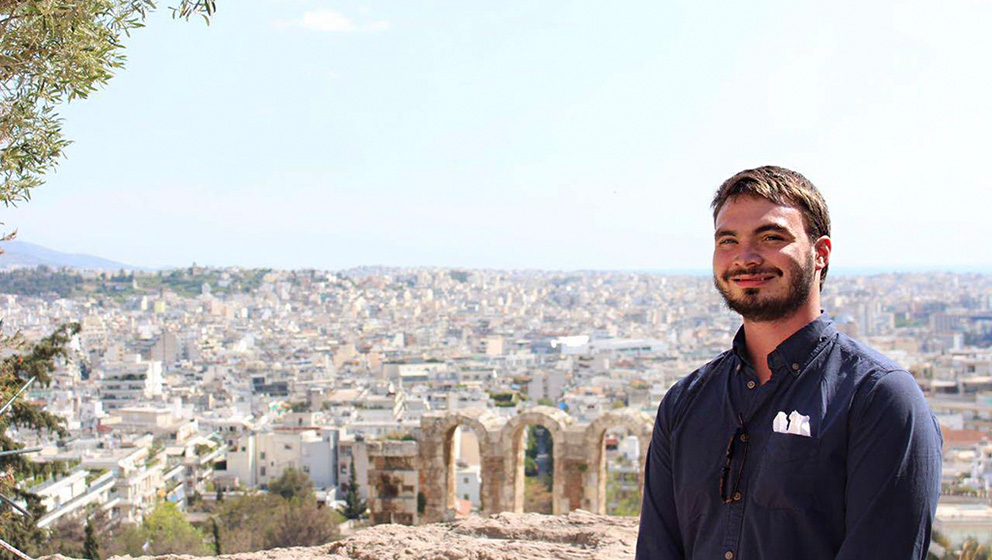 Stephen Mininni lives in Lexington North Carolina (a small town of about 30,000 people) and studies at University of North Carolina at Charlotte. At Università Cattolica, Stephen is living a new lifestyle: experiencing new foods, people and places. But he's not leaving his American self behind. American Stephen, the American sports lover, went to two Italian football games and brought his enthusiasm with him.

To his surprise, Italians were even crazier fans than he expected, and he partook in the singing and cheering that's so customary of Italian football spectators. He brought his inner adventurer with him as well, hopping on subway cars to random stops, exploring areas and then trudging back to Via Carducci.

As you can probably tell from meeting him, Stephen is very happy to be here. He tells me he's always excited to socialize with his new friends, both international and Italian. Aside from having just tons and tons of fun, Stephen is intrigued by the number of differences between Americans and, well, everyone else. Work attitudes differ greatly. In the United States, Stephen mentions, there's a general proclivity in Americans to emphasize work (I'm sure you've all seen at least one American humblebrag how much work he/she is doing or has to do). You're born, go to school, look for a job and then work at whatever job you get for the rest of your life. Fun, right? Well, not for Stephen. He appreciates the more-remiss attitude Europeans generally hold for work. He's trying to "be like an Italian."

All of us got the chance to see Stephen's personal transformation. Now, we can only wait and wonder how he'll bring his newfound knowledge back home.