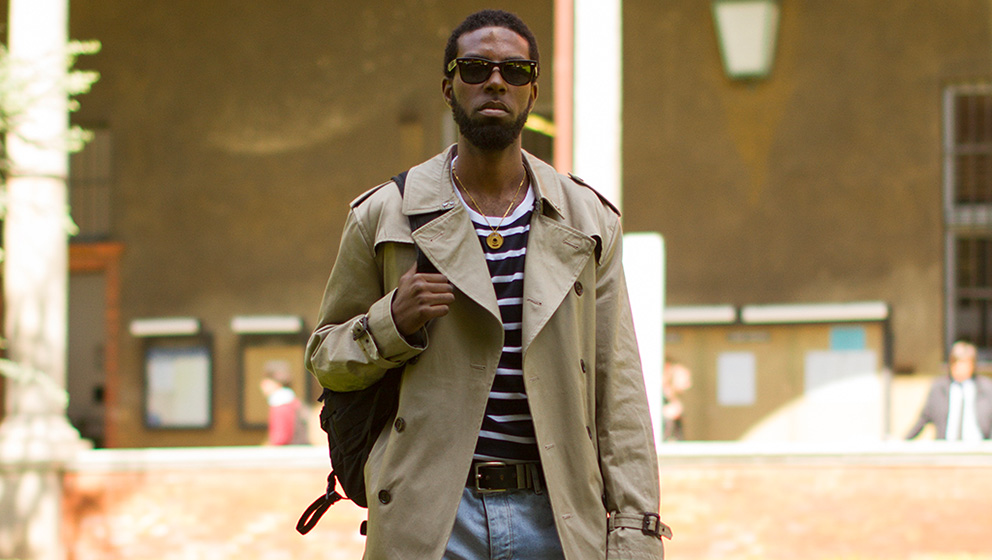 During the first Orientation Event back in February at Università Cattolica del Sacro Cuore, student association, ESN organized a university tour. As they introduced themselves to us, a very tall student said: "and I'm Ivan." We spoke to each other just once and then I suddenly lost track of his existence. So a few months later we met at Bar Magenta, so that I could write a profile about him. The first thing Ivan said to me, even before I started asking him questions, was: "My main aspiration is that I want to be the president of the United States in 2040."

Ivan is 22 years old and studies Political Science with a minor in Criminal Justice at UNC Charlotte, which he will finish in December this year. Ivan doesn't stumble on words. When speaking with him, you will notice that he speaks with confidence, in a way that makes his wording match his personality: "cool, calm and collected." Being raised in Charlotte, North Carolina, he plans to go to law school after finishing his studies and pursue his Juris Doctorate degree in order to kick off his career in the courtroom as a criminal lawyer. But before that he would like to indulge himself a little and embrace these months in Milan as an undergraduate student. During his time at Università Cattolica, Ivan is enrolled in a Federico Fellini film course; a psychology class analyzing differences between individuals on the western hemisphere and the eastern hemisphere; citizenship and religion; and an Italian language course, which provides him with the tools to navigate through the language barrier of his mother tongue.

He doesn't hang out with the other students on the weekends that much. His main activity during the weekends is to reflect. He just wants to relax and soak up the moment and try to rest, because we are always so wired and busy. During the weekend he gets himself together. Or he goes traveling. Since Ivan arrived in Milan from Charlotte, North Carolina, he has traveled to Amsterdam, London, Munich, Florence and Cinque Terre. On top of that, he has also picked up a few modeling gigs in Milan, appearing in lookbooks and advertisements for clothing brands based around the city.

I asked him: "What will you do until 2040 when it's time for you to run for president?" And his answer was clear and methodical: Law school. Lawyer. Congress. President. Being a really strong minded person, he thinks that during that time period he will learn how to listen to others more, and learn the ropes of politics behind the scene. Ivan is currently concerned with societal problems like climate control, gender inequality, racial discrimination, health care, strengthening the public education system and bringing more innovative jobs to America. He wants to empower people through education in a way that they can have a choice in life. Those middle and high school years shaped him. Not only because Obama was president back in that time, but also because Ivan got one of the best compliments of his life, that stimulated him pursuing his goal. During 10th grade a teacher of civics and economics told him, that because of his eloquence in speech combined with ruthless pragmatist drive: "You can be president one day." During his high school time in Charlotte Ivan attended a private school for a year, but spent most of his grade school tenure in public education. His social life was facilitated during high school because he played for the basketball team. Ivan also explained to me how he grew up with social stigmas, because of the color of his skin. Although he didn't experience prejudice in its worst forms, he was pretty cognizant about what was going on with minorities and ethnic groups: they have been treated badly and been exploited. This is one of the reasons why he wanted to be Commander and Chief, to help change the status quo. To inspire a generation that is led to believe that they are worthless. And overall, he wants to be the change that he wants to see in the world.

Feeling blessed with Ivan
Let's face it. It is not everyday that you are working out at the gym and a random guy starts asking you what you want to do after school and it happens that he is the son of a member of congress like Erskine Bowles, who was the chief of staff during Bill Clinton's government and who served as Democratic co-chair during Obama's government as well. Ivan thought that the guy was bluffing, but few days later the guy invited Ivan for dinner at their house, because his father wanted to meet Ivan. On the evening of their meeting, Mr. Bowles was on a conference call in another room with President Obama on speaker phone. Ivan recalls hearing the president's voice through the phone, and immediately registered how prominent Mr. Bowles was.

Getting lessons of confidence with Ivan when living abroad
One should walk like he owns the place, says Ivan. Then it doesn't matter where you are from or who you are. One has to have confidence to pave the way. For him, if you look good, you perform good. If you've seen Ivan around, you will notice his stylist attire, always looking to make a statement with what he has on. He enjoys constructing his image, and Italy is just the right place for him to do that.

Weird things people don't know about him
Ivan gets manicure and pedicure once a week in the proximity of Pestalozzi. There he gets his me time, his "IB time." Back home everybody knows him as IB, his nickname with the initials of his full name: Ivan Blair. I asked him, if he uses facial moisturizer. Yes, he does. It's from a special brand called Bonita.

Favorite quotes
"I am the greatest, I said that even before I knew I was."
"I'm pretty! I'm a bad man!".
- Mouhamad Ali.